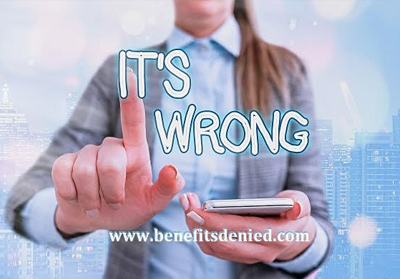 The insurance company said it, but does that mean they’re right?

A former client came to us with a letter stating that his benefits had been denied since 2017, despite the fact that we had gotten his benefits reinstated and paid for the past five years.  The letter also stated that he owed the insurance company all the money the insurer had sent him for the past five years as an overpayment.  The letter also stated that the client was being sent to a collections agency for the money they claimed he owed (on the first notice no less).

After some diligent enquiry with the accounts receivable department, we were able to determine that a coding error had occurred when the letter was generated.  The letter was simply meant to be a benefits exhausted letter, as the former client was at the end of the age period for which benefits were payable.  The insurance company said they would be correcting the error and contacting the collections agency to clear up the mistake and letting them know there was no outstanding balance.

If you liked this article, please consider sharing it!